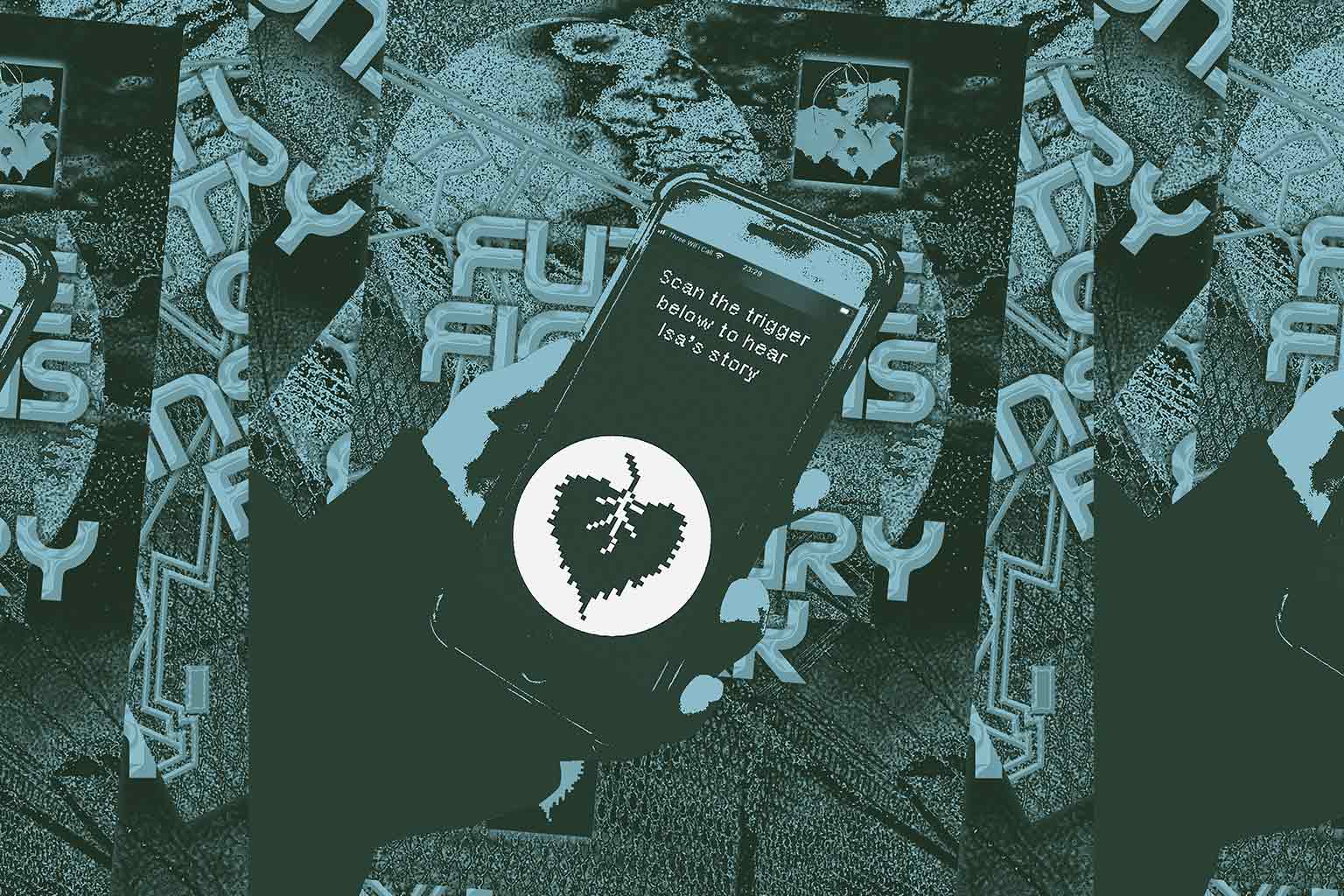 Future Fictions of Finsbury Park is an augmented reality (AR) sci-fi zine comprising three stories which bring together writers, musicians and local residents to explore alternative visions of a Finsbury Park of the future.

For this first iteration of the AR zine, released in July 2021 as part of the People’s Park Plinth programme, we present The Light and Dark: an audio-visual story about a fictional character, Isa, who wakes up in a home they don’t recognise, surrounded by land that feels as foreign as the sky they sit under. Isa does not know how they made it there, but they do know they have to make it home before the host finds them. With only the wisdom of Grandwa, and the feeling in their chest, Isa discovers the power of their historical connection to what was, their land.

The Light and Dark has been written by local spoken word artist and writer Desree, and is accompanied by a unique musical composition by musician Alex Dayo and his park-based Drumming School, in collaboration with David Kemp. The visual design, AR experience and animation have been developed by Studio Hyte.

In this first iteration of the artwork the start of one future fiction is presented.